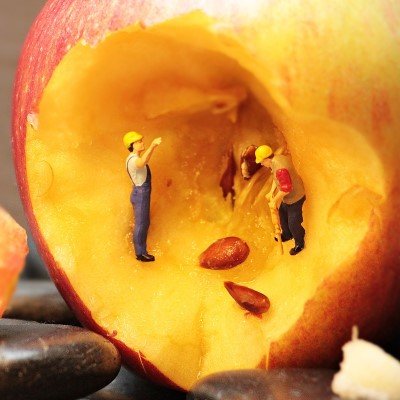 Several times a year, Google updates multiple factors in its primary organic search algorithm and releases them in a package that they call a Broad Core Algorithm Update. These updates differ from the smaller algorithm updates that Google makes on a daily basis that focus on improving something specific.

Broad core updates reward the strength of signals on a site that Google has determined contribute to a positive search experience. Broadly speaking, signals are related to relevance, authority and usability, but hundreds of signals influence the way Google ranks a page, such as mobile friendliness, title tag optimization, duplicate content.

Within a broad core update, Google finetunes multiple algorithmic factors to different degrees based on what it has determined produces better results.

If you experienced organic search traffic decreases in the same timeframe as a broad core update, your site isn’t being penalized; it’s just not being rewarded. As a result, the site that has been newly rewarded may begin to outrank yours, and your traffic may decrease.

In Google’s John Mueller’s words: “… it’s a matter of well we didn’t think these pages were as relevant as they originally were. And these kinds of changes they can happen over time.”

It’s a fine point, but it results in the same outcome – your competitor now outranks you in organic search.

What You Can Do to Recover

“Recovering” from a broad core update is tricky because, technically, your site hasn’t done anything wrong. Remember, it’s not being penalized, it just doesn’t send the signals that Google has determined result in the best experience for searchers.

The actions you can take to reverse the trend typically require a mix of SEO, technical, and usability efforts – none of which have a reputation for being easy fixes.

For example, Google’s list of 21 questions to ask yourself if you’ve been hit by a broad core update features the following:

Each of these questions targets either content relevance, authority, or usability.

You might not feel like your site runs afoul of these issues. It’s not as if your site looks like it was created in 2009 and hosts typo-filled SEO content found widely around the web, right?

That’s one extreme end of the spectrum, certainly. But there are many different gradations between the best and worst sites. Yours doesn’t need to be the very worst site in the web to be less optimal than the sites it’s competing against for organic search rankings.

Don’t dismiss Google’s 21 questions out of hand. Reflect on them thoughtfully while pretending that you’ve never seen your site or heard of your brand before. If a broad core algorithm update impacted your organic search traffic, one of these areas is likely weaker – at least in Google’s estimation – than your competitors’ sites.

I'm the Director of SEO at JumpFly. In the nearly 15 years I've been in the SEO business, I've worked with Fortune 100 companies and small businesses alike. I headed up the SEO practice at consulting firms like IBM and ResourceAmmirati. But I've also been the client – when I was the SEO manager at Groupon and the webmaster at Intel – so I know what it's like to try to implement. My mantra is: "No decisions without data!" That’s the key to improving SEO performance and accountability. SEO is my passion: I married an SEO director, I write a weekly SEO column at PracticalEcommerce.com, I speak at search marketing conferences, and I edit SEO books. Let's talk about what JumpFly SEO and I can do for you.