Do Snapchat Ads Make Sense for Your Business? 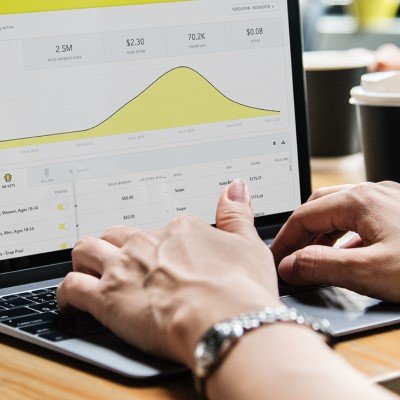 When people decide to delve into the world of social advertising, Snapchat isn’t usually top of mind. Typically, they’re interested in the most widely used platforms – Facebook, Instagram and YouTube – and that’s often where I recommend starting.

But what do you do if your growth is plateauing on those platforms? Or maybe your target demographic isn’t there or just isn’t converting strongly enough? That’s when you need to start thinking outside of the box, and Snapchat Advertising could be an ideal next step.

When I introduce the idea of Snap Ads to my clients, I tend to get some hesitation. Most of the time, opposition comes in three forms:

Often these concerns are based on outdated or inaccurate information. Snapchat can in fact be low cost, deliver adult users, and drive direct response.

Myth #1: Snapchat Ads Are Too Expensive

False! But true several years ago, when Snapchat sold ads exclusively via highly personalized direct-sales ad teams. It was not unheard of for them to charge brands hundreds of thousands of dollars for ad space – amazingly, without any direct measurement to gauge the impact of ads. This may have been acceptable for big brands dabbling in a new platform, but the high price tag took most small advertisers out of the game immediately.

Fast forward to today: Snap Ads are available programmatically through auctions – with measurement capabilities – similar to Facebook’s advertising platform. Costs have plummeted thanks to the auction system that sets its pricing. Smaller advertisers now have an equal chance to play, via Snap Ads’ self-serve platform.

But auction prices aren’t the only cost involved with Snapchat advertising. You also need creative for your ads.

Many advertisers go through the painstaking and costly process of developing high-quality, over-produced content. I’ll go ahead and say it: This is NOT necessary. In fact, some of the best performing ads on Snapchat are made simply with a cell phone, and have a pure, organic feel.

Sure, if you want to dive into the world of augmented reality ads, the cost will be significantly higher. But for your basic advertiser running standard Snap Ads, low-cost production is a-ok.

Myth #2: Snapchat Users Are Just a Bunch of 13-Year Olds

False! Over two-thirds of U.S. Snapchat users are between the ages of 20 and 39, according to recent data from Statista. These adults are in the prime of their disposable-income years.

If that demographic is relevant to your business, Snapchat Advertising can easily find them and help you convert them. If your products are ideal for seniors, on the other hand, this probably isn’t the best platform for your business.

Another encouraging tidbit: 32% of adult Snapchatters are parents, according to a study by research firm ORC International. Why would parents be on Snapchat, you might ask? To watch over their 13-year-olds, of course! All joking aside, if you have a product or service suited to parents, Snap Ads could very well be worth your while.

False! While true several years ago, today Snapchat caters to more advertising objectives. In our office, we call Snapchat’s self-service platform “Baby Facebook,” because Snapchat Ads has basically copied a lot of what Facebook is doing. They have added their own little twists, mainly in targeting and ad formats.

Campaign objectives are almost identical to Facebook’s and are split into three categories: awareness, consideration and conversions. For direct response goals, Website Conversions and Catalog Sales campaigns are where you want to put your advertising dollars. Using the Snap Pixel – a piece of JavaScript code that enables performance tracking – you’ll be able to properly test and gauge the success of your direct response campaigns.

Let’s be honest, it would be great to have budget to pour into Awareness and Consideration campaigns, but most small advertisers need to focus on direct response. With Snapchat’s self-serve ads manager, that can be done!

Should You Advertise on Snapchat?

There you go: three Snapchat Ads myths busted. If your product or service is well suited for adults under the age of 39, Snapchat is definitely worth testing.

I typically recommend starting small. A budget of $3,000 to $5,000 for your first month should give you a wealth of data to determine if it’s worth continuing.

Will your cost per acquisition and return on ad spend be exactly where you need it to be by the end of month one? Probably not. But you will know enough to determine if the opportunity is there, and if Snap Ads can be optimized to reach your goals.

While Snapchat is one of the smaller social networks, don’t underestimate its potential value as an advertising platform. It could be another solid revenue stream for your business and help to further diversify your advertising budget.

You won’t know for sure until you test it! 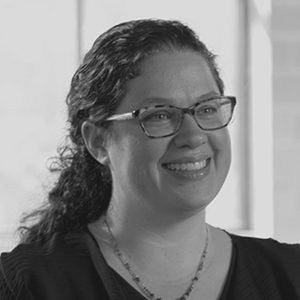 I am the Social Media Director at JumpFly, where I oversee all aspects of our social advertising program. I started out my career in 2010 with Google Ads, but once I dove into the world of social, I didn't want to go back! Managing social ad platforms takes a unique skill set, and I’m proud to say that I’ve mastered it. At JumpFly, they call me the “scaling queen.” Nothing in my career feels better than scaling my clients from small daily sales numbers to a booming, thriving channel that drives business results. When I’m not at work, you’ll find me on my family’s urban ranch with our adorably eccentric horses and ponies.

PrevPreviousIf You’re Not Using Google Tag Manager, You Should Be
NextGoogle Ads Puts the Brakes on Accelerated DeliveryNext