JumpFly Acheived a 215% Increase in Conversions

A Window to Energy Saving

Like many small, family-owned businesses operating in a large metropolitan suburb, Window Design Group had conducted most of its advertising through print publications and direct mail. In 2012, however, the company’s vice president of marketing, Vincent Margott, said that his print advertising budget had “maxed out” with less than satisfactory results.

That’s when Window Design Group decided to look into digital advertising specifically with Google AdWords. Margott was hooked. “We love the advantage AdWords gives us to be able to see what keywords are driving leads, the ability to scale up or down at any time,” he says. “For years, we only had print advertising, and when an ad launched, no matter the response, there was no changing it or adjusting it for optimization. With AdWords, we have the ability to do that.”

Mobile advertising is the answer

Window Design Group began its online campaigns by working with one pay-per-click (PPC) management company after another, but “our mobile campaigns generated very little performance, and we canceled them,” Margott says. “We had too high of a CPL to continue.”

Then, Window Design Group began to work with Google Premier Partner, JumpFly. “After reviewing the account, I realized that most of the leads came from phone calls,” says JumpFly PPC Account Specialist Faina Shapiro. “They were using third-party call tracking, but the data was never imported into Google AdWords.” Added Margott: “We simply told them our available budgets, they told us what they could do within that budget, and from there they handled everything. JumpFly built and optimized the campaigns, watched the performance, and relayed any important information back to us in a very transparent manner.”

Shapiro convinced Margott that his company was missing a larger opportunity—the mobile consumer—and proceeded to build a PPC strategy focused on mobile advertising and tracking. “We wanted to capture the on-the-go customer who was looking to make an appointment with a company from calling off of their cell phone or using their tablet,” Margott says. “We were missing the market on the mobile ads for a long time by only advertising in print media and initially desktop only with AdWords.”

Optimizing the campaign
JumpFly created robust search campaigns with mobile bid modifiers to capture as much qualified traffic as possible. The initial campaign specifically targeted those who searched for the selected keywords and were located in Window Design Group’s targeting area. It included the following features:

Shapiro also had no difficulty persuading Margott to invest in remarketing— creating custom audience lists targeting those who had visited certain pages on Window Design Group’s website but who didn’t fill out a form.

Uploading the call data into Google AdWords has been another huge part of Window Design’s online marketing success. “When JumpFly took over our account, they restructured it and improved our ads,” Margott says. “They encouraged more A/B testing, which has led us to a lower CPC (cost per click) and CPL than we’ve ever achieved.”

After seeing how well mobile was doing, JumpFly and Window Design Group then:


“We didn’t think we’d be able to grow our budget to the level it is today. And we’ve achieved our goal of providing our sales team with a full schedule at a CPL we are happy with. JumpFly helped us achieve our goals of expanding our sales team and growing leads while lowering our overall company CPL.” 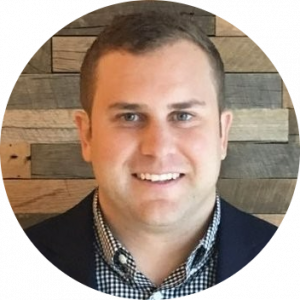